Summary of the project

Kuroshio is a warm western boundary current of the North Pacific Ocean flowing along Rhukyu Islands and Japan. In spite of low-nutrient concentration of Kuroshio water, various fish species use the Kuroshio region as spawning and/or nursery grounds, and good fisheries grounds are formed in the region. In order to understand the mechanisms of high fisheries productivity from oligotrophic condition, i.e., Kuroshio Paradox, and to find a way for sustainable use of the ecosystem services, we started an interdisciplinary research project SKED (Study of Kuroshio Ecosystem Dynamics for Sustainable Fisheries) in October 2011, funded by the MEXT (Ministry of Education, Culture, Sports, Science and Technology, Japan. SKED is a 10-years project to 2021.

The themes of this project are:

To reach the goal of SKED, we use both mathematical modeling and field observation including satellite remote sensing. 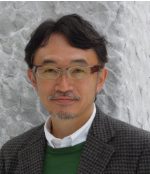