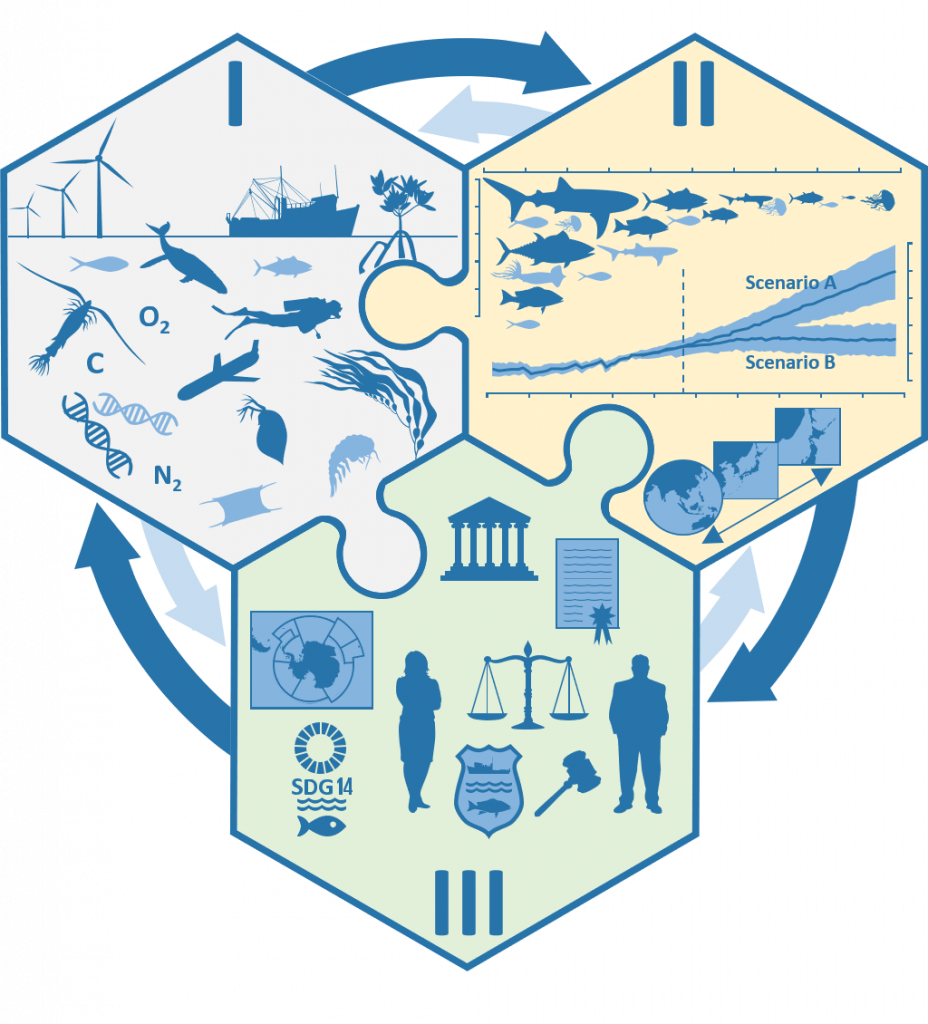 The IMBeR Science Plan and Implementation Strategy (SPIS 2016-2025) is based on the vision “Ocean sustainability under global change for the benefit of society” with the goal to: “Understand, quantify and compare historic and present structure and functioning of linked ocean and human systems to predict options for securing or transitioning towards ocean sustainability”. The SPIS is structured around three Grand Challenges and four Innovation Challenges supported by a number of research and societal questions. You can see the full SPIS here: IMBeR SPIS 2016-2025.

Innovation challenges supplement the Grand Challenges and focus on new topics where research is needed and where it is believed major achievements can be made within five years. The current Innovation Challenges (IC) are:

IC3: To Advance Understanding of Ecological Feedback in the Earth System; led by Eugene Murphy

IC4: To Advance and Improve the Use of Social Science Data for Ocean Management, Decision Making and Policy Development; led by Andrea Belgrano and Nireka Weeratunge

IC5: Interventions to change the course of climate impacts; led by Alistair Hobday and Nina Bednaršek

The original IMBER Science Plan and Implementation Strategy built on the IGBP/SCOR Framework for Future Research on Biological and Chemical Aspects of Global Change in the Ocean, and input from the OCEANS Open Science Conference that was held in Paris, France in 2003. The ideas from these were woven into a framework of four themes, each with a series of issues and priority questions that formed the basis of the IMBER Science Plan.
IMBER_SPIS_Final.pdf

The supplement to the original IMBER Science Plan and Implementation Strategy was commissioned by IGBP and SCOR to facilitate the successful merger of the ongoing GLOBEC regional programmes into IMBER. IMBER _supplement.pdf