Summary of the project

The marine carbon cycle is influenced by anthropogenic activities, affecting  global climate change and casting a significant impact on ecosystems. However, the sensitivity of marine biogeochemical cycles to climate change remains unclear, especially for key processes which influence the long-term health of marine ecosystems. The biological pump (BP) and recently proposed microbial carbon pump (MCP) are major mechanisms for biological carbon sequestration in the ocean. Understanding the dynamics of the MCP in conjunction with the  BP, over geological timescales, would help to predict future climate trends.Through focusing on the interaction of MCP and BP, the coupling of carbon, nitrogen and sulphur cycles, and the integration and comparison of modern days with critical periods of Earth history, the project aims to decipher the mechanisms of marine carbon storage, biogeochemical processes in response to climate change and anthropogenic activities, and their impacts on ecosystems. Four research themes focused on the South China Sea and the Bohai Sea of China will include: a) the interaction between MCP and BP; b) the elemental biogeochemical cycles across sediment-water interface (and their contribution to carbon storage); c) the variation of regional carbon pool in response to global climate change, and anthropogenic activities and; d) the coupled carbon, nitrogen and sulphur cycles in response to deep time global change and their effects on marine ecosystems. This research tries to fill the critical gap between short-term processes in modern oceans and the long-term effects through ancient times. The goal of the project is to provide a comprehensive understanding of the responses of marine carbon pool to global climate change on multiple spatiotemporal scales, and to identify the naturally or anthropogenically-driven  ocean acidification processes, key processes of carbon storage, and their impact on marine ecosystems. This project will build up a platform to bring together scientists from the marine-, life- and Earth-sciences, including twenty two scientists and over thirty students from seven state key laboratories of six universities or institutes in China for the coming five years.

The themes of this project are: 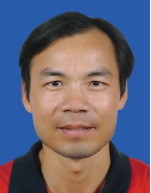